Happy New Years everyone. These are my top 20 projects of 2016, this aren’t necessarily the best but the projects that I found myself playing and revisiting the most.  I don’t care about your gripes or “This isn’t real hip-hop” bullshit.  Go debate your grandmother I don’t care. But without further a dieu here’s my favorite projects of 2016.
20.Gucci Mane and Lil Uzi Vert: 1017 vs. The World

Lil Uzi has been growing on me in 2016 and what he lacks in lyrical content, he excels in making good songs.  Mix that with a legendary artist such as Gucci and you get 1017 vs the world.  The two made a project that has been on repeat since it dropped.

If you would have told me last year Post Malone would be on my year end list I would have laughed in your face.  But I found myself constantly going back to Stoney .  The genre bending artist demonstrated how he is more than a one trick pony, who has more to prove.

I loved Lil Uzi Vs The World. This mixtape is filled with fun tracks and catchy flows.  The replay value on this project is insane and the production is amazing.
Favorite Tracks, P’s and Q’s, Canadian Goose, Baby Are You Home, Team Rocket 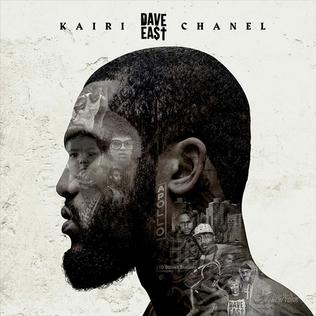 Newcomer Dave East is a classic New York City spitter.  The album dedicated to his daughter showcases his ability . I thoroughly enjoyed it and can’t wait to see what East has in store for 2017

Kevin Gates has always been a great rapper. But his antics outside of music makes it hard for a lot of people to take him seriously.  But Islah proved that Kevin knows how to make a good album.  Kevin has released Mixtape after Mixtape and I was wondering when he was going to drop his album.  After Islah it’s clear that Kevin is more than what he puts on Instagram. 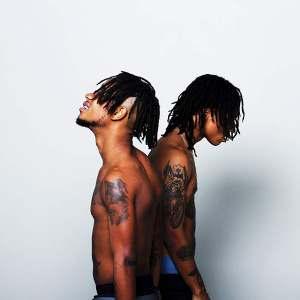 Sremmlife was one of my favorite albums last year, and Sremmlife 2 keeps the ball rolling. Sremmlife 2 only furthers the duo songwriting abilities and showcases their growth as artist.  Swae Lee and Jxmmi both improve on the rapping abilities and they get a string of guest features to complete this project.  I had no idea how they would top their first album and I was suprised with what I got. 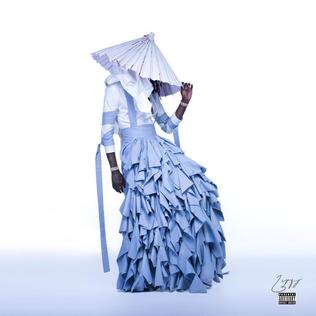 Jeffrey is a drug-filled, intoxicating blur of a album.  I was impressed by how Jeffrey is able to flow on tracks and it still be fun to listen to.  The production really threw it over the top for me.  I have always been a fan of thug but this project blew me away.

Passion, Pain, and Demon Slayin is a beautiful collection of songs, reassuring us that Scott was down for a while but he wasn’t out.  Cudi came back after a slew of mediocre releases , he finally released the album everyone knew he could release.  Many had given up on Scott Mescudi , but he proved why he is still one of the most innovative, influential figures in Hip Hop culture.

Mr Tokyo, has an abundance of catchy , fun songs and they have they tendency to get stuck in your head.  After Uber Everywhere I doubted whether Tokyo would fizzle out or if he would come back with another hit.  After hearing this project, it was made  clear to me that Tokyo will be around for a while.

Vic Mensa’s There’s A lot Going On is one of the most honest and liberating projects to come out of 2016.  I found myself unsure about where Vic would go as a artist after the Innanettape but after hearing this project there’s no doubt about Vic’s placement in this music industry.  There’s a lot Going On proves his versatility and songwriting abilities. 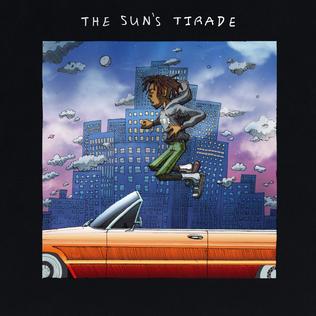 Isaiah Rashad had a lot to prove after he signed to TDE.  Isaih delivered a amazing project with Suns Tirade.  Isaih improved his flow and the concepts in this project.  Hopefully we won’t have to wait another three years for another project from Rashad.

Despite all of his antics in 2016, Game dropped a great album, incorporating classic G-funk and gangster rap into a modern album.  I was happy to see Game still has the ability to rap and make good songs.  I just hope he keeps all of the instagram antics to a minimal in 2017. 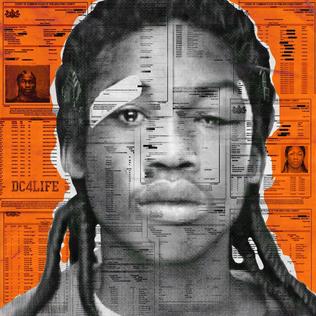 After a rough 2015, Meek Mill bounced back and dropped an amazing mixtape.  Meek improved on his flow and showcases his versality.  Meek shows us he can rap without blowing out the listeners eardrum, and switching up the beats from his previous projects.  I was skeptical at first, but I haven’t stoped playing the project since it dropped.

Chance’s follow up to 2013’s Acid Rap  was a gorgeous album projecting his faith and shortcomings .  His powerful message and positivity is what makes him one of the most interesting figures in Hip-Hop.  From the instrumentation to the live choir in Coloring Book, I was simply taken back by it all
Favorite Tracks: Angels, Smoke Break, Blessings(Reprise), All We Got, No Problem

Schoolboy has always released amazing projects, and BlankFace LP was no different.  With the amazing guest features from Anderson .Paak to Sza and many others .  This is another notch in TDE’s amazing discography.

If y’all remember Travis’s debut album Rodeo was one of my favorite albums from 2015.  Birds is everything I loved about Rodeo and more.  With features from everyone from Andre 3000 to 21 Savage.  Travis shows everyone he is a force to be reckoned with.

Favorite Tracks: Coordinate, Biebz in the Trap, Goosebumps, Way Back, Pick Up The Phone

Life of Pablo is a hectic project , from the album rollout, to the album artwork.  Kanye re-invented himself and the music and while I was ecstatic the project at first after multiple listens I grew to love the album and craziness behind it. 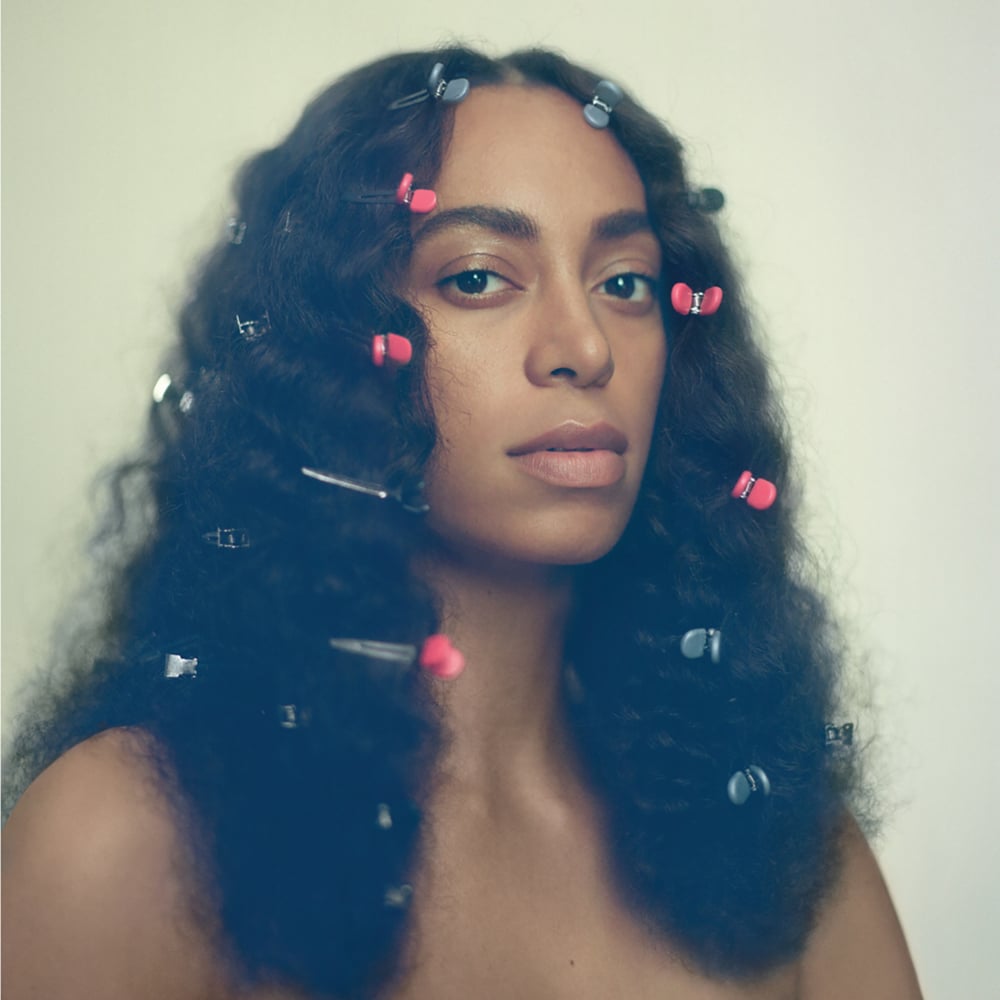 Solange dropped the most beautiful project in 2017.  I don’t know where to start, from Solanges angelic singing, to the beautiful production, or the important message, I was just blown away by A Seat At The Table.  This was my first time listening to a full Solange project and I did not know what to expect, And what I received was the best project of 2016, and ultimatley becoming one of my favorite albums of all time.

What did you think about my list?  What were some of your favorite albums to come out in 2016? I would love to know and converse with you all about it.  Happy New Years and I hope everyone is starting off 2017 right.  Thank You.